Update May 20, 2020: For new code, prefer plain React for state management, via the React context and React Hooks. Is Redux deprecated? No, it isn't. But you probably don't need it, and your code can be simpler and more maintable without out.

The previous post was about the composition of connected components and performance, but those changes introduced another kind of issues, that was solved by the second insight.

My next pain point was related to the way we structure Redux apps. If with a few reducers it was just uncomfortable, then with the changes, described in the previous post, it became a problem.

When every interactive element got its own actions, constants (action types), reducer, selectors, etc. — these folders became quite bloated. To be honest I was pretty tired and frustrated because of this. Sometimes I was just forgetting what I’m doing, while searching through those folders for some part of the puzzle.

I tried to find the rationale for such structuring in the context of frontend apps, but it led me only to MVC roots, where controllers and models are decoupled from the views. I’m not going to argue with the necessity of decoupling of a logic and representation—we surely need this. But we might be wrong about the scope. I believe the same issues lead Max Stoiber to solution introduced in react-boilerplate.

At first glance, this may seem a mishmash comparing to the common pattern, but after I used it for awhile, this seems the most convenient way to keep big frontend codebase scalable and maintainable. Here are my thoughts on why it is good.

When first version of the layout is created, even if it looks and works great, work here only begins. User interfaces constantly change:

It means we are moving our components back and forth all the time. This continuous process is the speciality of frontend development. Probably those points pushed the community to a component-centric architecture in client apps.

However, Component for most of the developers means markup and css. But the main thing I like about Component is that it’s not limited to two of those, but it has a power to encapsulate all related parts: visual representation and behavior. If you feel frustrated using classic Redux file structure, try to restructure your modules around UI elements. In my case, this was a major productivity boost. 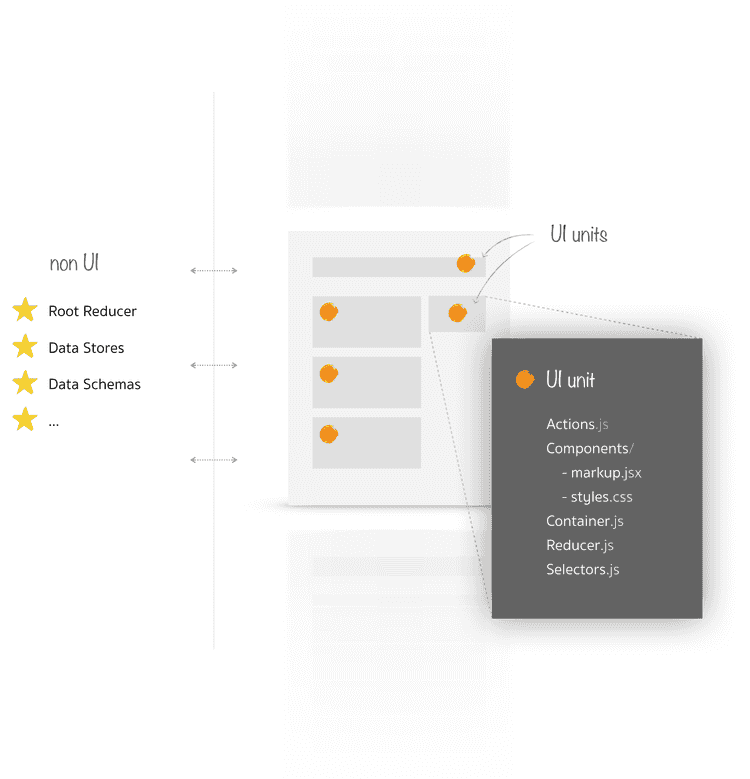 UI unit is only element of the user interface, like a modal, or a widget, or a form. In the project tree it encapsulates all its related parts inside a single folder. UI units can be nested, but they are not coupled to each other (thanks to Redux). You can move them around like blocks. Easy to manage, easy to remove, and easy to reason about. Every time you work with the UI element, it’s like focus mode: you’re always in the context of what you’re doing and everything you need — right here at your fingertips.

Let’s take a look at the example. In Listing Edit Screen host can edit the location of his property: he clicks on the address line and a modal with the form shows up: 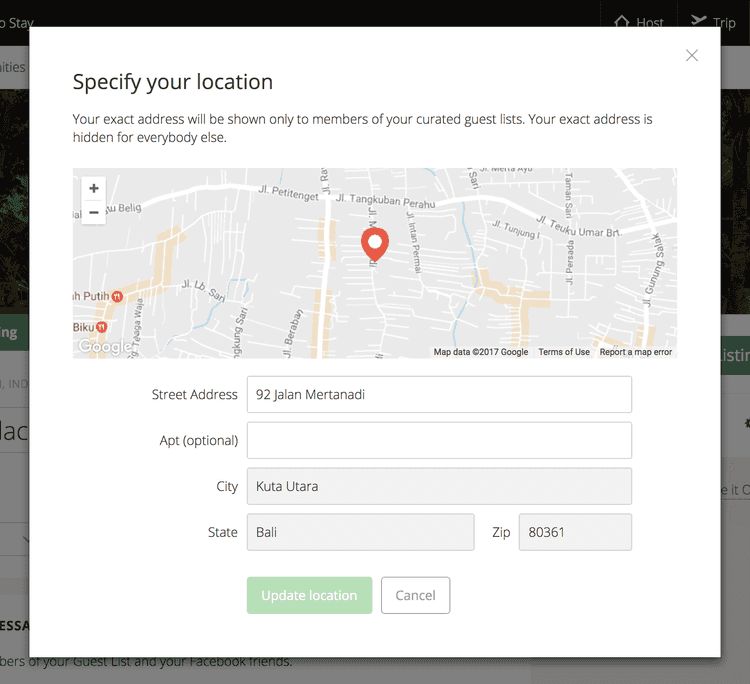 This modal is a UI unit. Here is how it looks like in the project tree:

This unit encapsulates representation of this modal and logic of related interactions:

Logic is decoupled from representation, but, at the same time, it exists in isolation in context of UI element.

🔥 Tip: Minimize amount of logic in your markup

If you find yourself doing some complex conditions in your JSX, consider delegating it to selectors. This will make markup simple and readable.

Of course, you can split the modal and form itself into 2 UI units. It’s up to you. However, I prefer to keep them together for 2 reasons:

In the next post I’ll dive into UI unit folder and share my findings in typing Redux parts with Flow.

A Year of development with Redux. Part III

Alex Fedoseev
Share this article
Are you looking for a software development partner who can
develop modern, high-performance web apps and sites?
See what we've done