react on railsOctober 17, 2018by Justin Gordon

I’m excited about the v4 update of Webpacker. This release brings several big updates from the Webpack ecosystem, notably support for Webpack v4 and Babel 7. 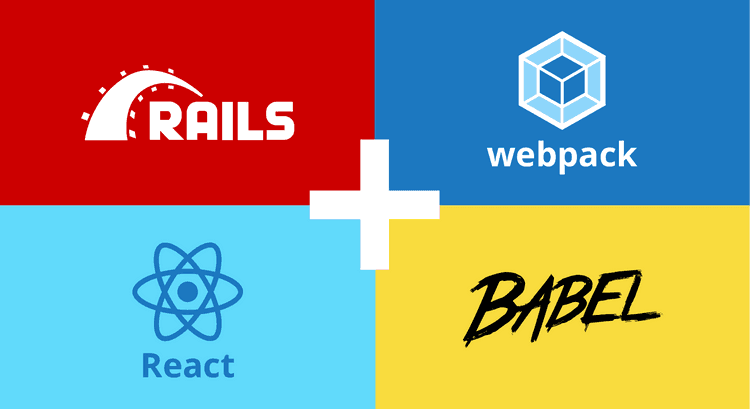 In case you haven’t hard, you want to be on Webpack v4! Why? For the official story, see the official release article. To summarize:

While Webpack v4 has been out since February 2018, rails/webpacker has not yet been officially updated.

As of October 14, 2018, I just tested out the pre-release version of rails/webpacker, and it works fine with React on Rails. See the details at the bottom here.

Additionally, I just published React on Rails version 11.1.7, which fixes an issue with server-side-rendering when using the webpack-dev-server, which optionally provides Hot Module Reloading.

In case you want to see how easy it is to set up a live web application leveraging Rails plus React, you really should give React on Rails a try. The React on Rails generator leverages rails/webpacker to enable a zero-config setup of your client-side assets.

Why Use rails/webpacker for Webpack setup?

React on Rails has utilized rails/webpacker since September 2017 for the view helpers and, optionally, for the Webpack configuration. The generator and tutorial utilize the automatic Webpack configuration because it’s awesome for a quick demo. However, many React on Rails applications needing server rendering should consider a custom Webpack setup, as explained below.

Why Have a Custom Webpack Setup?

The main issues I’ve seen with using rails/webpacker for the Webpack configuration are:

My company, ShakaCode, has helped many companies with their Webpack and overall React server-side rendering setup for efficient development and optimized deployments.

Creating a new React on Rails App to Use webpacker v4

I just updated the React on Rails tutorial instructions to include the details of how to use the pre-release version of rails/webpacker. You can find the details here. You can see the basic steps followed here in this GitHub repo.

The following steps can be followed to update a Webpacker v3.5 app to v4 based on Github’s rails/webpacker master branch. Here is an example commit of these changes. Here is a list of the steps.